Going into 2021, we knew a lot of things would be different and that we had to adapt to the new normal, but luckily there is nothing we Rockies to better than tackle a task head on, that’s besides our school spirit of course!

The annual Swartland High School open day was no exception. We had to think outside the box and sidestep a lot Covid-19 protocols. How did we do this? We modernized the open day and upgraded it to a virtual open day! 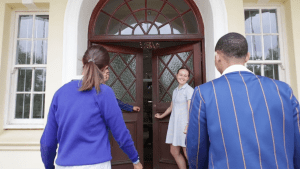 The filming of the video was well underway, and some students were running around, changing and showcasing their talents for the world to see. Tennis players, rugby players and even chess players had to slap on their best smile and best drama skills. Mrs Horn pulled learner out to the side in the halls and classrooms to show the true values of the ROCKIES. I even had my few seconds of fame in the video and if you looked closely maybe you could spot the back of your head. Professionals came in and shot the video, the quality and pride really showed throughout the video.

I went and had a talk with the mastermind and organizer of this beautiful marketing video, Mrs Horn. She said they couldn’t think with the same mindset they had for the past 3 years. They had to think in a bold and unusual way. They had to get experts in the field to film the video, being the only way for future pupils to see our school in action. It was a hurdle to say the least, but she was excited for the new change, seeing they’ve done the same style of open day for the past 3 years, it was a new challenge and Mrs Horn and her team accepted it with fervour.

Many aspects of this virtual open day were incredibly exciting but one thing that stood out above the rest was the level of marketing that could be done – a truly superior effort!

Seeing that you cannot invite future learners and their parents to one huge event, Swartland High School had to adapt.  The video has more than 2000 views on the school’s Instagram page and have more than 6000 views on the Facebook page, so it’s safe to say we reached quite a bit more supporters in the process! 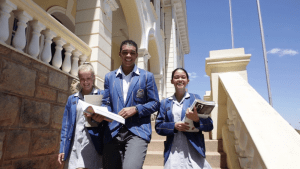 At Swartland High School we take pride in everything we do and give 100%.  Our heart bleeds blue and gold and it shows in the video. We hope that every person that sees the video sees the sense of community and that we live out the Rockies values:

We are excited for the new klippies to arrive in 2022 and show them the Rockie way.